A Review of Anbox: A Good Idea, But Not Fully Baked Yet

Home/OSINT/tools/A Review of Anbox: A Good Idea, But Not Fully Baked Yet
Previous Next

A Review of Anbox: A Good Idea, But Not Fully Baked Yet

Use cases for this are several:

One of the downsides to Genymotion is that apps like Snapchat don’t work or need to use unsupported methods to get things up and running.

Enter Anbox, which was first released in 2017. 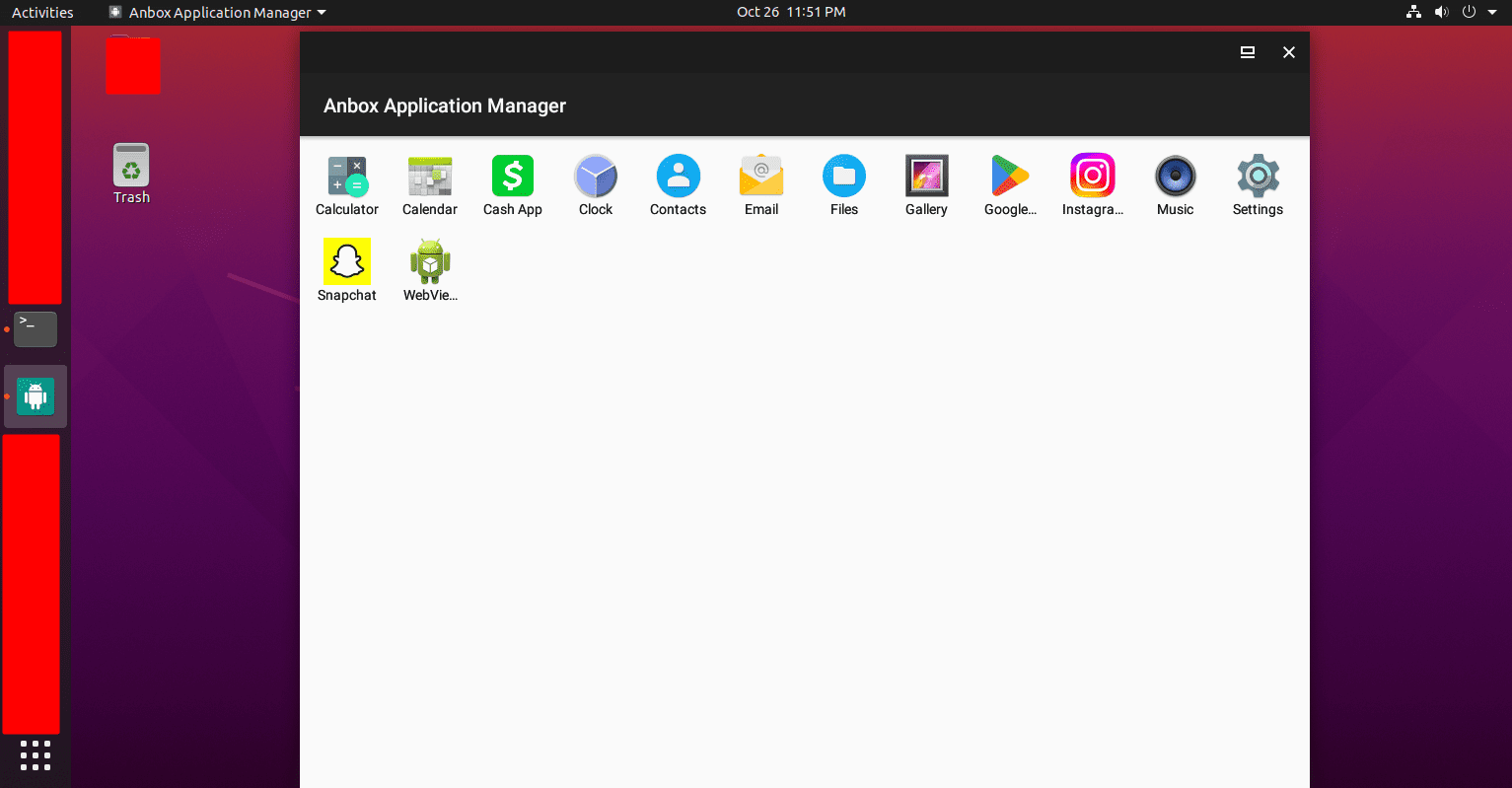 Anbox looked promising as you can install it directly on a Linux system and in turn install apps from Google Play Store.

As of current Anbox is only available for Linux.

We currently tested it on a virtual machine(vm) running Ubuntu Desktop 20.04LTS. The vm was configured with 6GB of RAM. Video memory was set for 128MB.

Installation was pretty straight forward. The operating system you’re using must support snap in order to install. As of right now, we can’t recommend using Anbox, as you’ll why see below. If you do install, you’re doing so on your accord and accept the risk associated with doing so.

With that said, let’s get into the pros and cons. As a side note, we only installed a minimal amount of apps for testing: Snapchat, CashApp, and Instagram.

Cons, in no particular order: 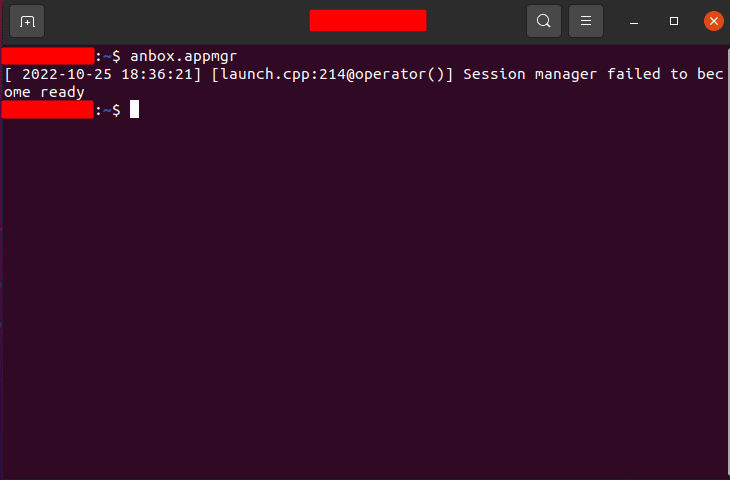 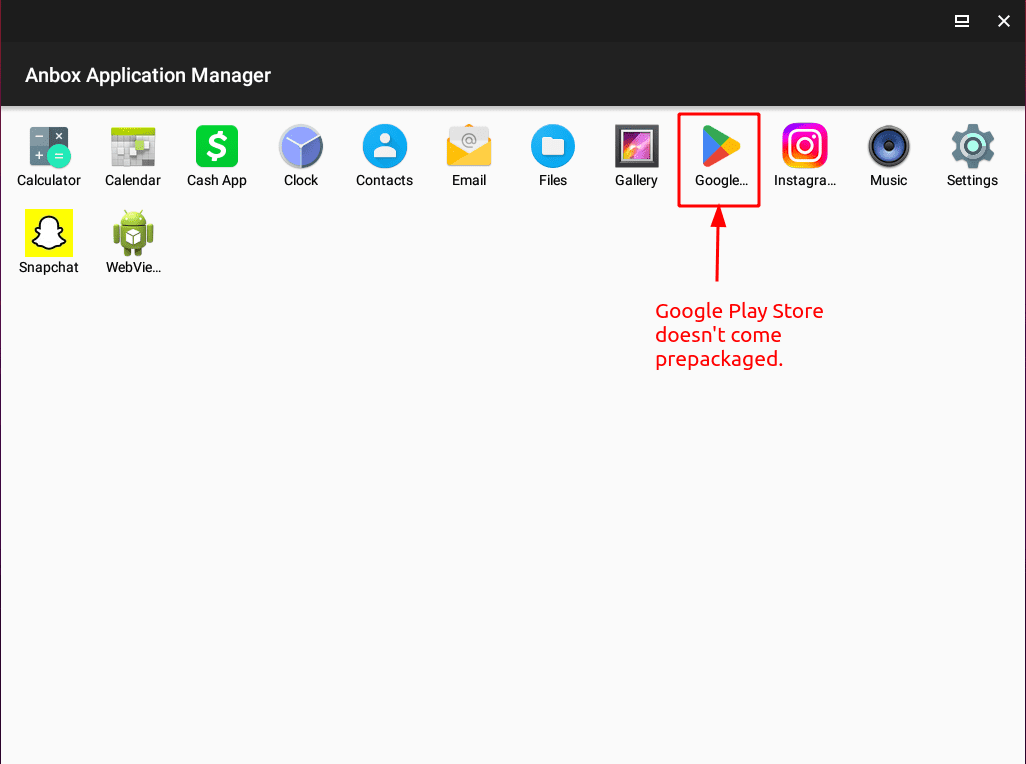 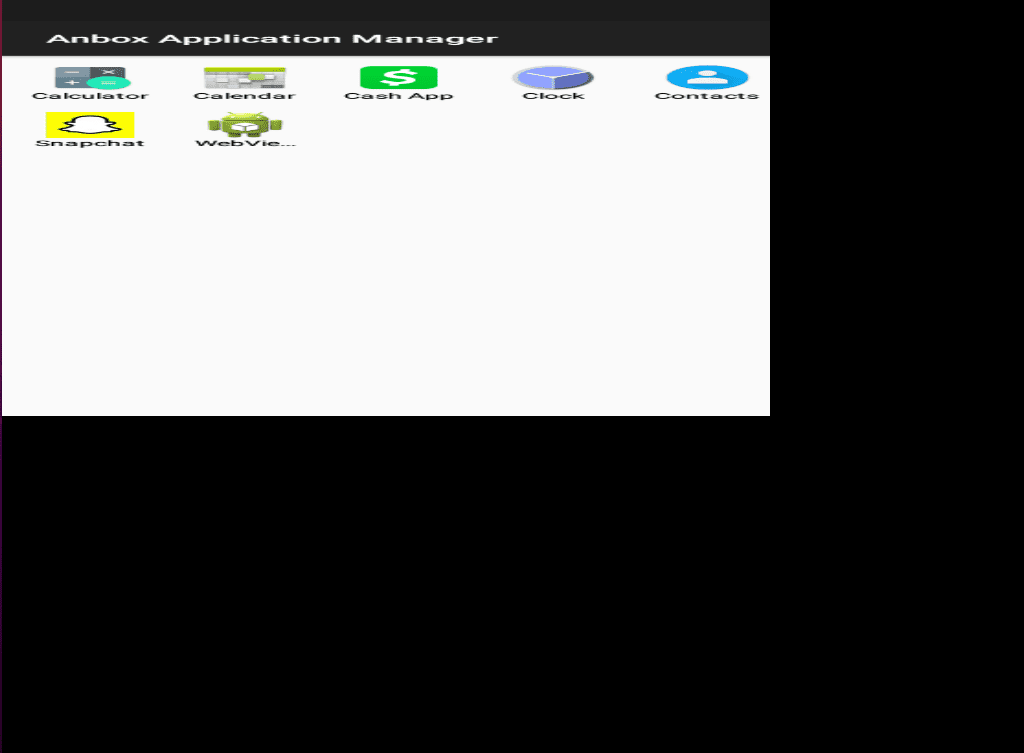 While we like the concept of Anbox as an emulator, the cons outweigh the pros for this. Too many things make using it frustrating. While we aren’t developers, we see a lot of work went into this and appreciate what the creators made. At the same time, we can’t recommend this as a viable solution for even personal use. For an average person, they aren’t going to want to go through extra steps or deal with constant crashes. For us that would use this as a tool for intelligence gathering, app development, or pentesting, it’s too unstable to rely on. By using Anbox, you’re also introducing risk into your system since the version of Android used is several versions behind and therefor vulnerable.

In other words, it’s not fully baked yet, but it would be awesome to have something to naively install android apps on a virtual or physical host that fully works.

If you use Anbox, is our review fair or did we miss the mark? Let us know in the contact form. This article will also make it to our socials, so look for it on LinkedIn, Facebook, and Twitter (and follow us if you haven’t).

Also sign up for our free cybersecurity and intelligence newsletter while you’re here: https://bsquaredintel.com/newsletter-signup/